EnviroEd.com.au is an educational portal for interested people to learn more about the environment, focusing on Moreton Bay and the Moreton Bay Region. The portal  is under construction in order to highlight the value of online education for raising the appreciation of our natural world.

Want to learn more about our services or discuss potential projects. For an obligation-free discussion please contact us via email

Bob Crudgington is an experienced environmentalist and an online learning researcher with a passion for the flora and fauna of Moreton Bay. 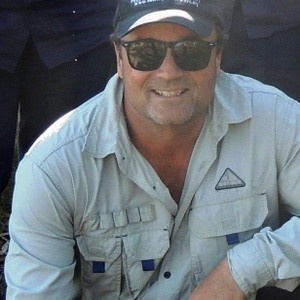 Bob grew up in the coastal town of Redcliffe where he developed a love for Moreton Bay and its wonderful natural wonders as well as community sport. He graduated in marine ecology at the University of Queensland and participated in a number of research projects including utilisation of mangrove habitat by juvenile prawns, the diet of juvenile fish and a survey on Cumaceans in Moreton Bay. He then moved into a a professional role in high performance sport.

Bob was the head coach of the 1996 and 2000 medal-winning Olympic softball teams before taking on the role of High Performance Manager for Diving Australia (Olympic Games in 2004) where the team won a record 6 Olympic Medals.

Bob then commenced an academic role with the University of Queensland focusing on online education in the Post-graduate courses in sports coaching. He also focused his research on authentic online learning design.

In 2004, with his wife, Carolyn he formed a company, Manic Multimedia P/L in order to develop training resources and courses for sport as well as in other industries including health and safety in cleaning and working in remote settings.

In 2005 he also founded the Redcliffe Environmental Forum Inc, a volunteer community group focusing on the environment of the Moreton Bay region. With over a million dollar of funding on grants targeting the rehabilitation of local wetlands, REF Inc continues to be a key player in promoting the values of the local environment.

His current focus is on developing a learning portal to promote the values of Moreton Bay and encourage collaboration between environmental professionals and volunteers as well as the general public.