A Green Turtle: A case study in South East Queensland 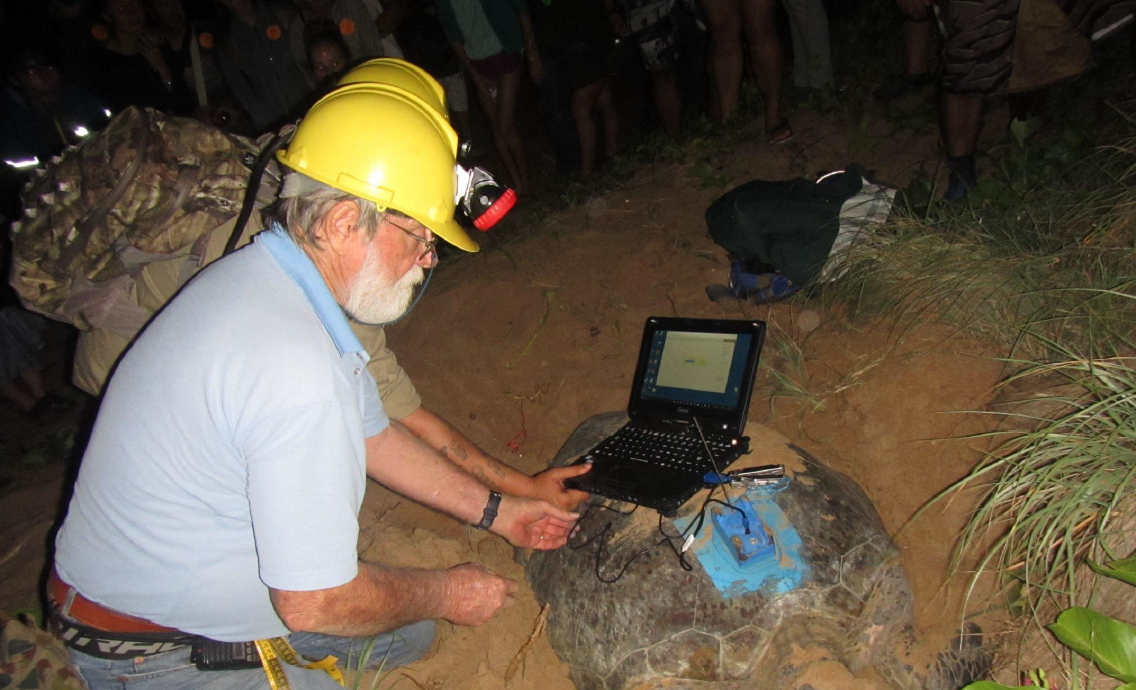 Image: Downloading the data from a satellite tag of Green Turtle T40221. (Courtesy of DES)

Although there has been a great deal of research on all the turtle species little has been known about our local Green Turtles that visit Moreton Bay. That was until researcher and turtle expert, Col Limpus provided some in-depth data around one individual Green Turtle T40221, including nesting and foraging data. Thanks to GPS tracking and monitoring efforts from Col and his volunteers we can now give you an outline of T40221’s nesting and foraging activities over a period of last 30 years.

“T40221”, a female Green Turtle, was first tagged at Mon Repos as a nesting turtle in 1989. Her carapace (shell) length was 103 cm and during that season she came ashore and laid a clutch of eggs on 6 occasions. She returned to the site on many occasions right up until this breeding season, 2020/2021. In this case T40221, demonstrated the capacity to lay many clutches over a breeding season. Researchers were able to identify and discovered the following: 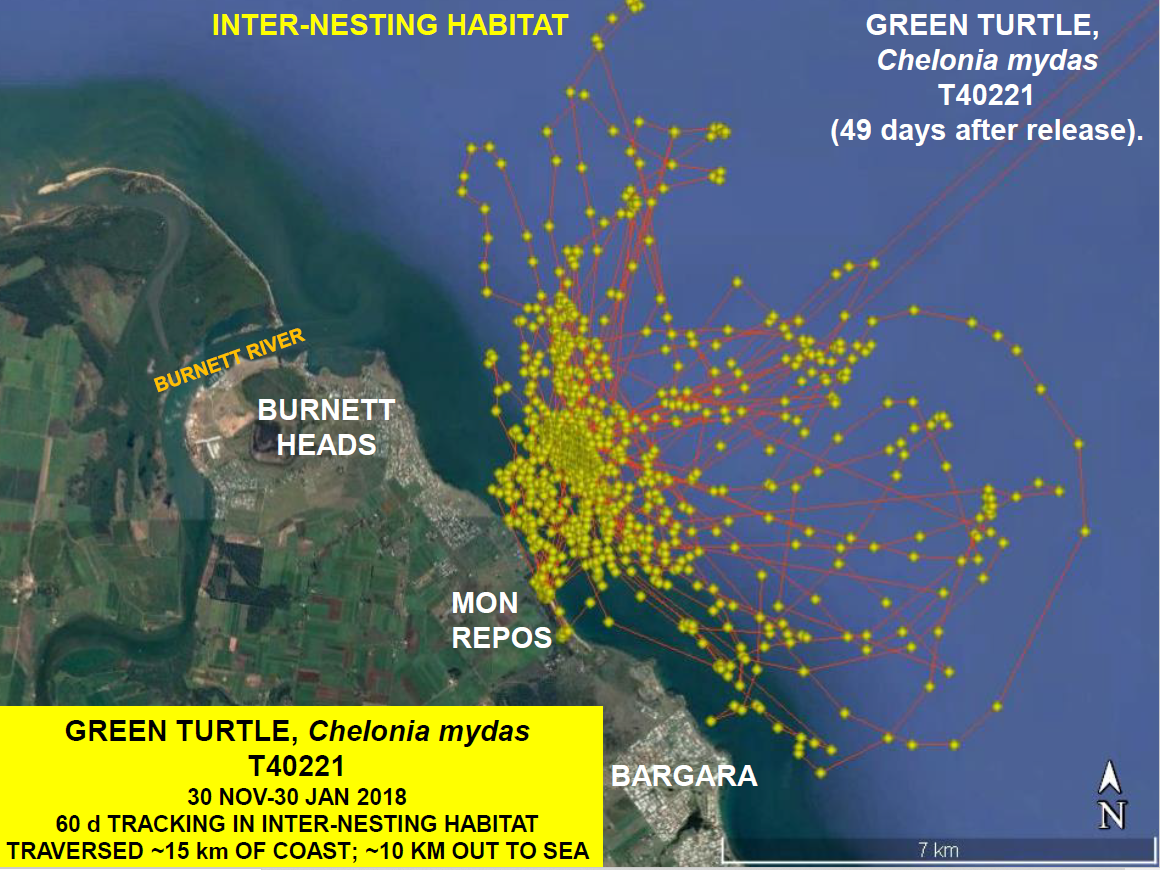 At the completion of her breeding season, she then migrated down the coast eventually settling in Moreton Bay. GPS tracing data revealed she remained close to the coastline for the entire 400 km journey. She moved through the Burrum Coastline down to Fraser Island via the Great Sandy Strait and then Cooloola, the Sunshine Coast and then Pumicestone Passage (Bribie Island) before turning up in Deception Bay. T40221 then spent her time foraging across the eastern shores of the Redcliffe Peninsula as well as the bay area adjacent to Sandgate and Brighton. 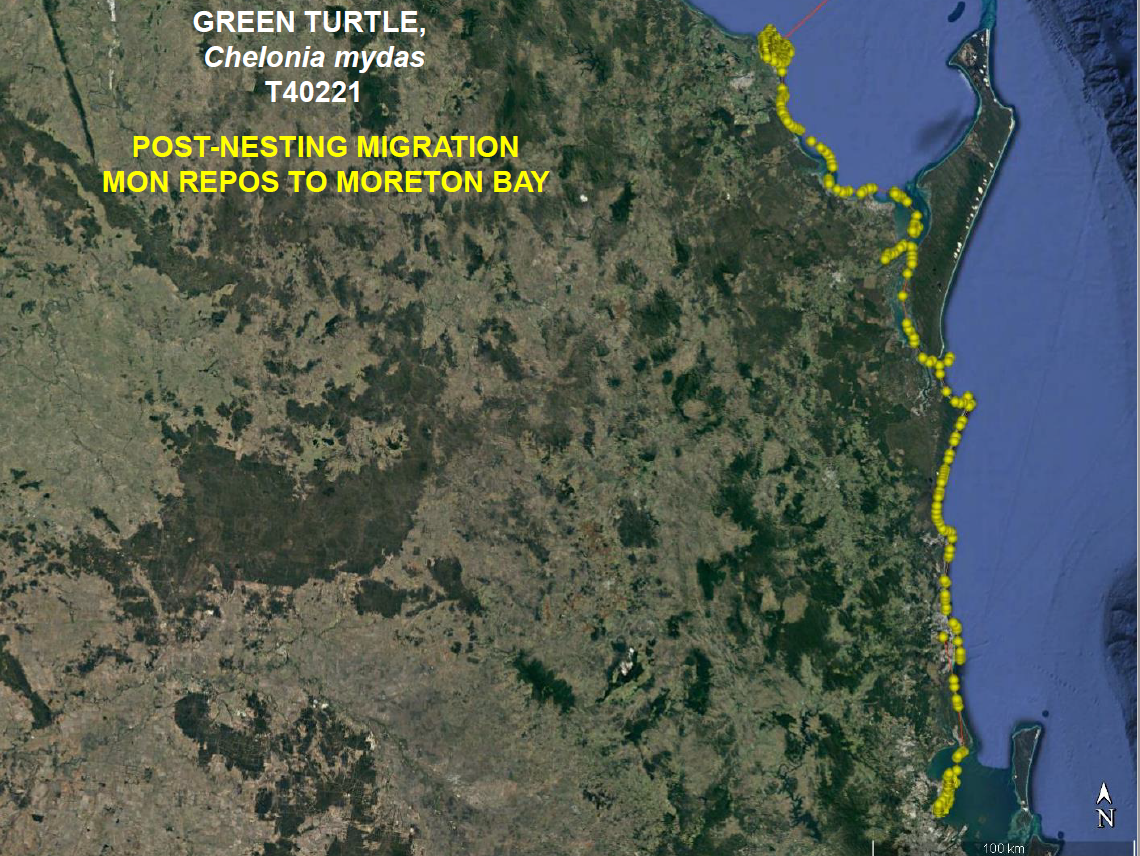 What a journey. Hopefully our team will never meet T40221 in person and she continues to make her way around the coast including Moreton Bay and her nesting area and birthplace in Mon Repos close to Bundaberg. Having successfully nested and provided clutches of eggs on 50 occasions, let’s hope she continues her journeys for another 30 years. 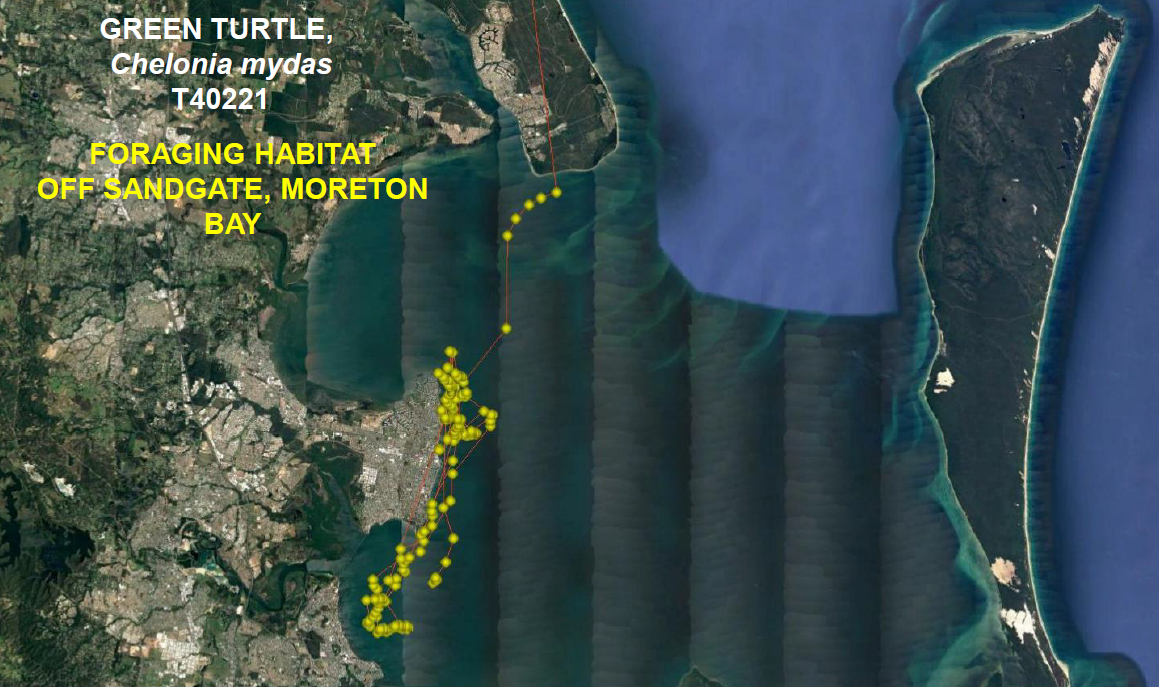