The dedicated staff of the Moreton Bay Regional Council are passionate about our wildlife areas, and I was recently invited to attend a pre-planning session for an area of reserve adjacent at Hays Inlet. The planning process looks at a procedure of developing a fire management plan to prevent hot destructive fires and maintain biodiversity using methods such as mosaic burning. Refer blog entry Mosaic burning (enviroed.com.au)

The first impression to the observer is the actual size and range of the area. It reminded us that there is still a large region of potential conservation land adjacent to the wetlands of Hays Inlet and the Peninsula. An intense bushfire passed through the area in 2014 and you could still see signs of the damage on several trees. However, there was also signs of recovery with a number of new trees germinating after the fire and in the process of reaching the mid canopy. 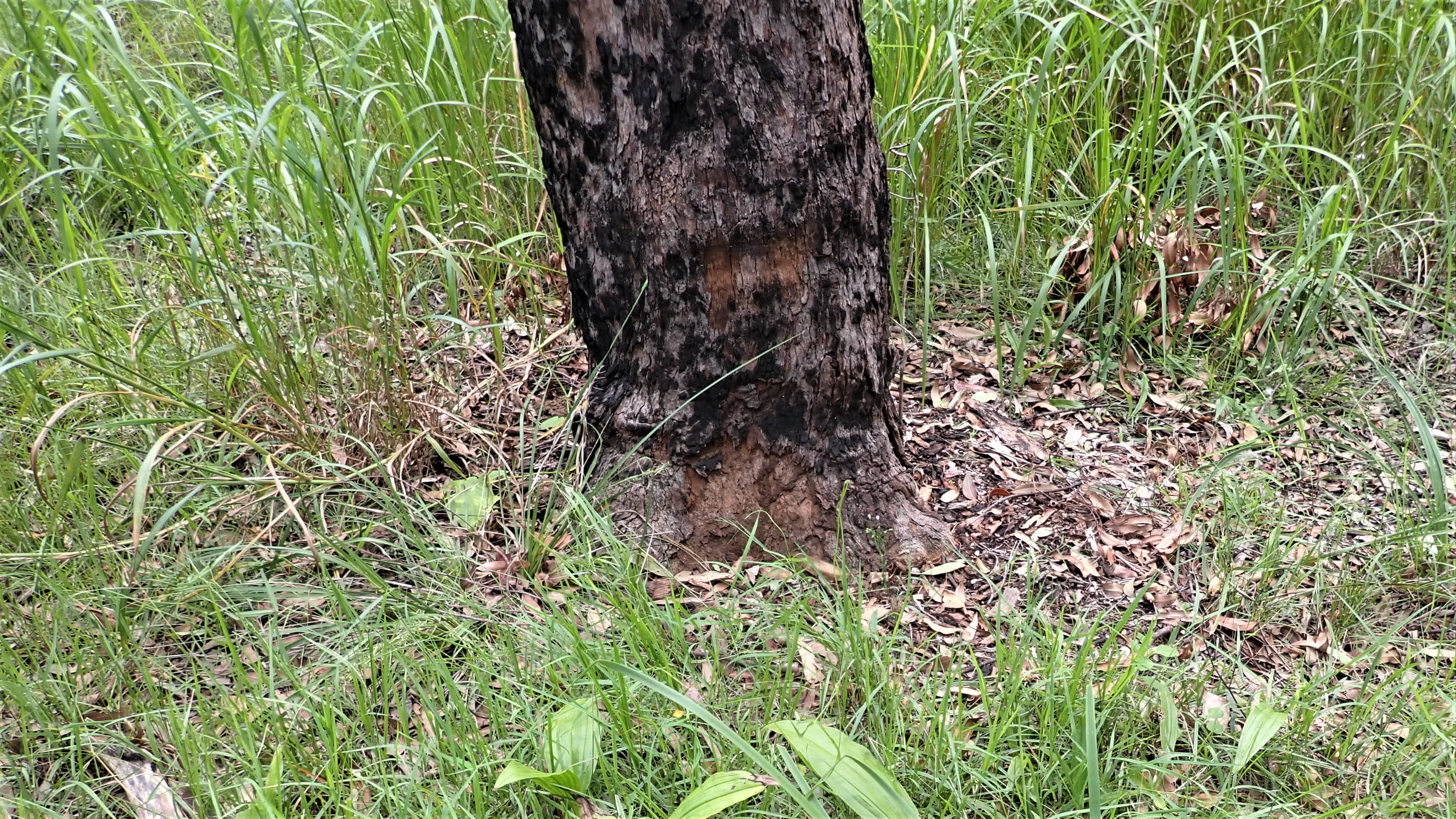 You can still see evidence from the 2014 bushfire

Much of the site was a dry sclerophyll forest bordered by various patches of Melaleuca, Casuarina and Saltmarsh. The site is a mixture of natural endemic assets as well as areas of intense weed, especially with lantana, broad-leafed pepper and groundsel. There are still a significant number of older emergent eucalypts, which provide a vital habitat for arboreal mammals including koalas, possums and gliders. There are many endemic plants on the forest floor including orchids, perennials and kangaroo grass. 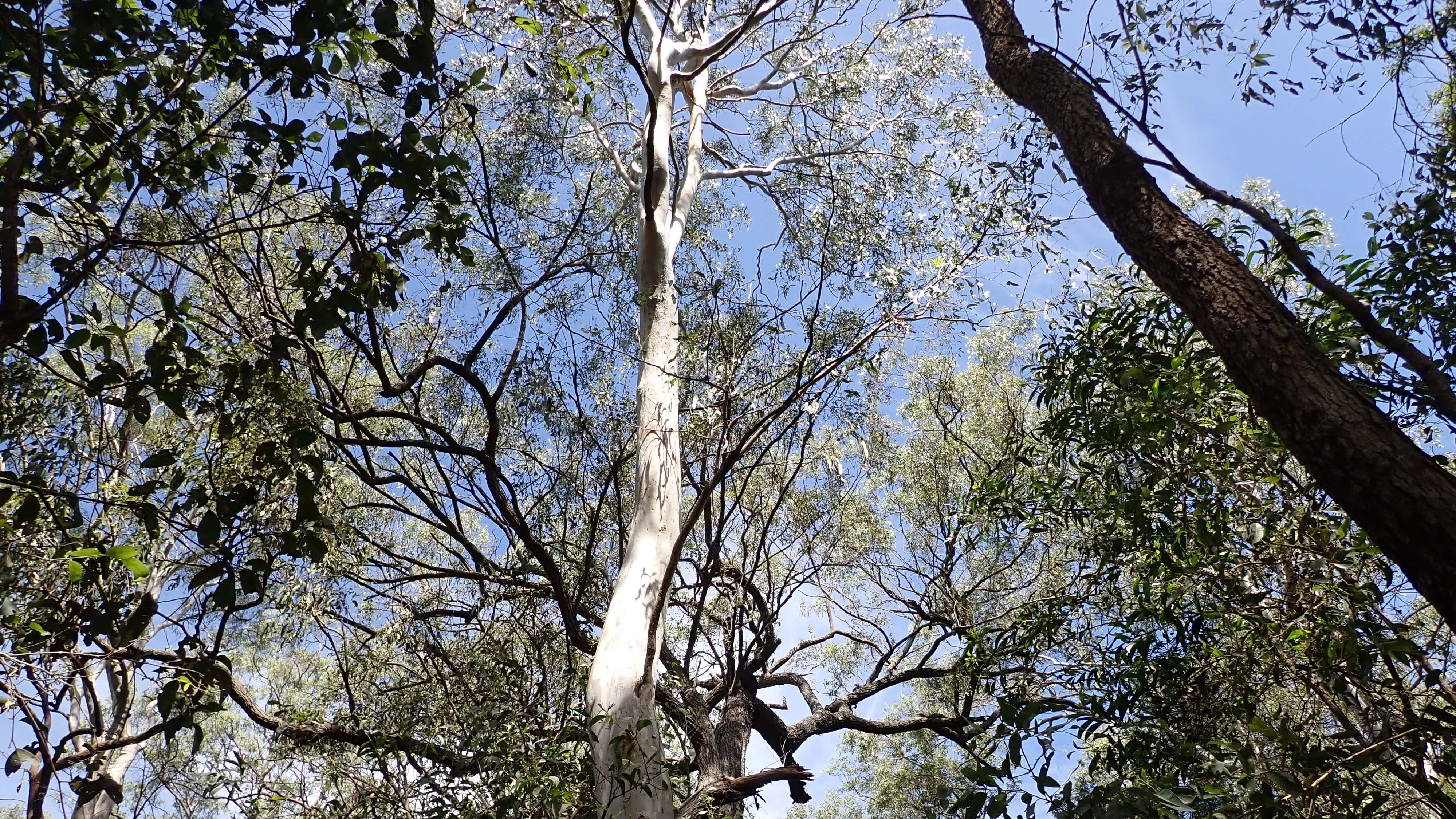 Importantly a number of emergent Eucalypts survived the fire

But our attention was drawn to a massive Gum Tree (Eucalyptus tereticornis) sometimes known as a Forest Red Gum or Blue Gum. The first thing you noticed was the number of tree hollows formed from limbs breaking off the trunk probably decades ago. The next surprise was the size of its surface roots with some of them several meters in length. The tree was well anchored to the ground. At its base was a woody structure known as a lignotuber. This one was the size of small garage floor! 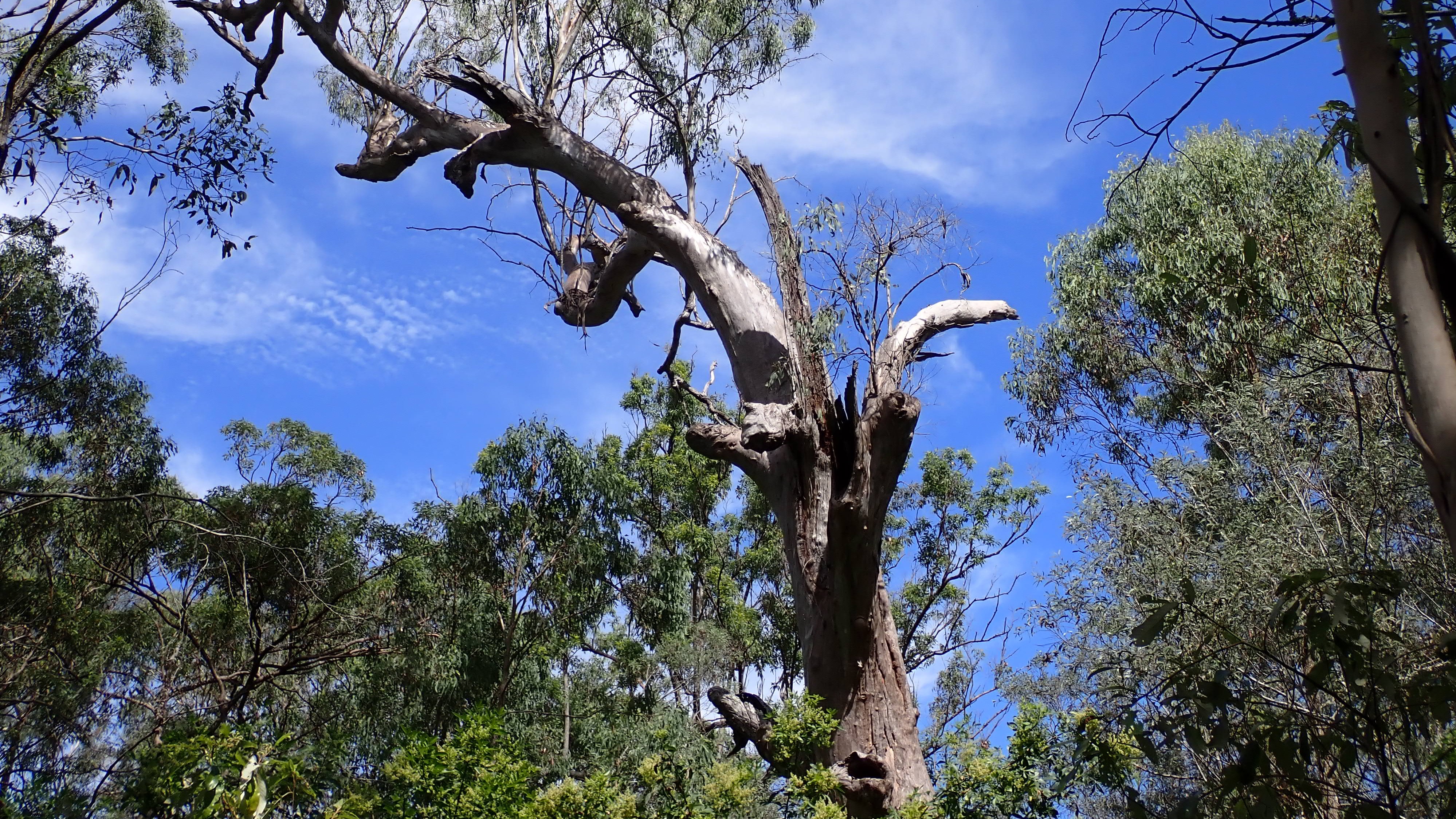 Around the massive root system was a series of hollows and crevice providing habitat for lichen and mosses as well as potential burrows for ground dwellers. At the time we were there a Spangled Drongo was perched high in the tree and a close inspection of the bark revealed 100’s of claw marks from arboreal animals. It left the observer with several questions including the age of the tree and the purpose of its lignotuber.

The Eucalyptus lignotuber is a woody swelling capable of storing nutrients, water and vegetative buds. The structure is believed to be a “survival” strategy and can assist with regeneration after a catastrophic event such as a bushfire. Should the above ground part of the tree collapse or die, the lignotuber can produce new shoots and thus creating a new tree. Judging by the size of this specimen, and if still viable, it could probably start a small forest. 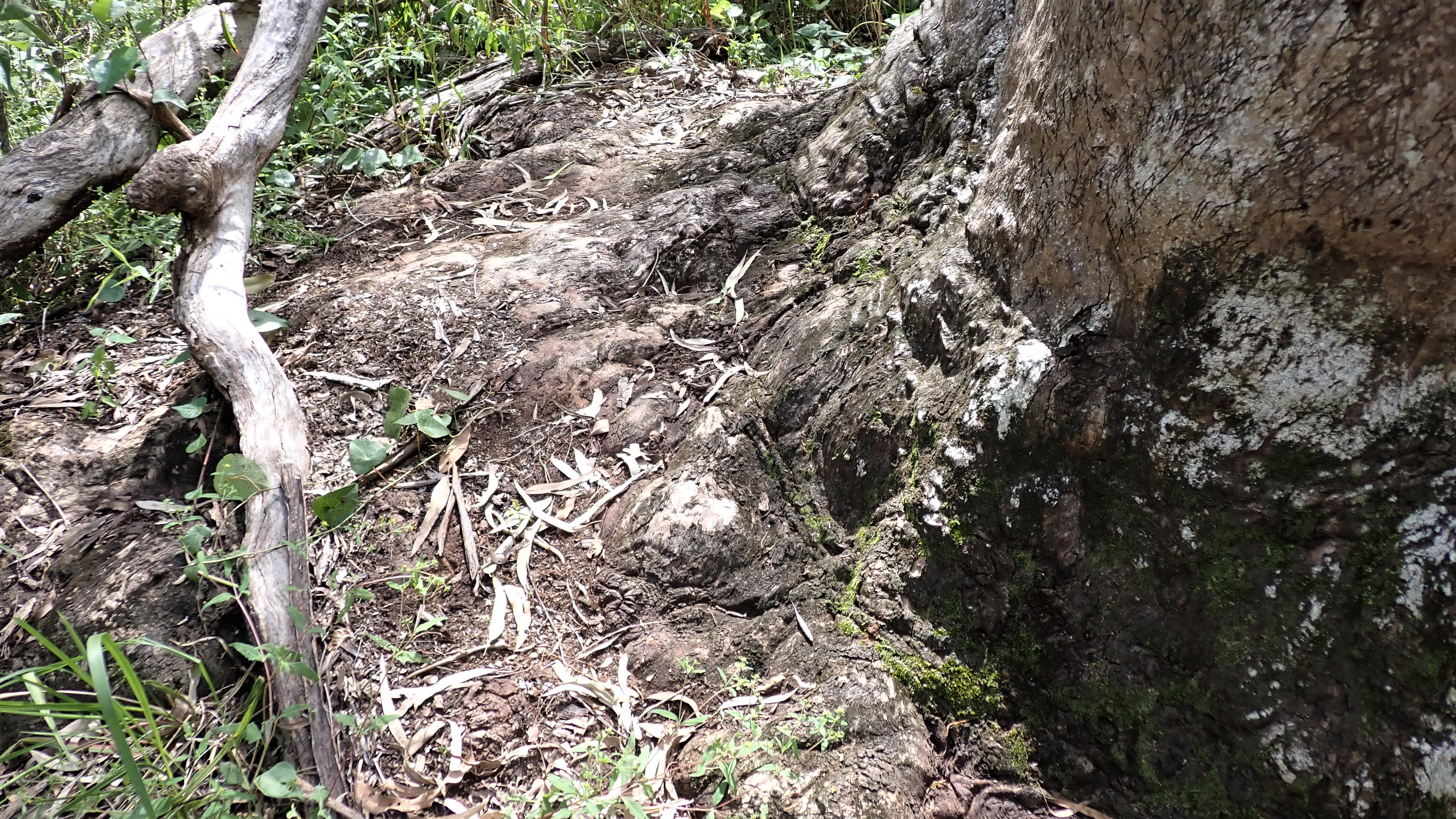 Other than cutting down the tree it is difficult to determine the age of a large Eucalypt. There has been some research in local forest estates, which give an indication of a tree’s age through growth rates by measuring the Diameter at Breast Height (DBH). 1 This work has revealed that a eucalypt with similar rainfall to Redcliffe (annual rainfall of around 1000 mm) and in a natural habitat will increase it diameter around 0.1 cm per year up to 300 mm and would be on average around 120 years old. Given, the diameter of the tree was well over a metre and that growth rate then slows down significantly for older trees it is likely that this tree is several centuries old!

At one time, pre-settlement, there would have been numerous Forest Red Gum giants in the region. Why this one survived the axe is a bit of a mystery. Perhaps it was too twisted for use by European settlers, perhaps it has regenerated since being felled in the 1800’s or maybe somebody decided to leave one tree. I guess we will never know, but its nice to realise that there is still at least one of these ancient trees surviving in the local forest remnants of today.

Thank you to Wendy Heath and Bruce Bunkum from the Moreton Bay Regional Council for sharing their extensive knowledge on our local flora and fauna.