When we think of conservation and icon species we almost always think of charismatic mammals such as koalas, blue whales and quolls. Very few invertebrates draw the same attention, except in the case of the Richmond Birdwing, a species of swallowtail butterfly.

Once a widespread species, for decades it's population and distribution has been shrinking. It feeds on nectar, like many butterflies, and has a special relationship with one species of vine Pararistolochia praevenos, which grows in lowland subtropical rainforest. The Birdwing's larvae are specialised and dependent on this vine's leaves for nutrition. Unfortunately the vine has been decimated through the destruction of lowland rainforest due to urban development, inappropriate fire regimes, weed invasion and farming. Consequently, viable Birdwing populations no longer exist in the greater Brisbane region.

Fortunately there has been significant work carried out by scientists and government agencies to re-establish the vine and consequently the birdwing within South East Queensland. A significant mapping program identified key corridor areas for re-establishing the vine including the western section of the Moreton Region. A program to propagate the vine, as well as running a Birdwing breeding program to provide genetic diversity has been running for a number of years now. The vine can be obtained from designated nurseries and landholders can plant them to provide the mechanism to drive the life cycle of the Birdwing. Recent anecdotal reports have indicated the program is working with increased sightings of the Birdwing.

You can find out more about the recovery program at the Richmond Birdwing Conservation Network through Wildlife Queensland, Brisbane.

Notes on the Richmond Birdwing: 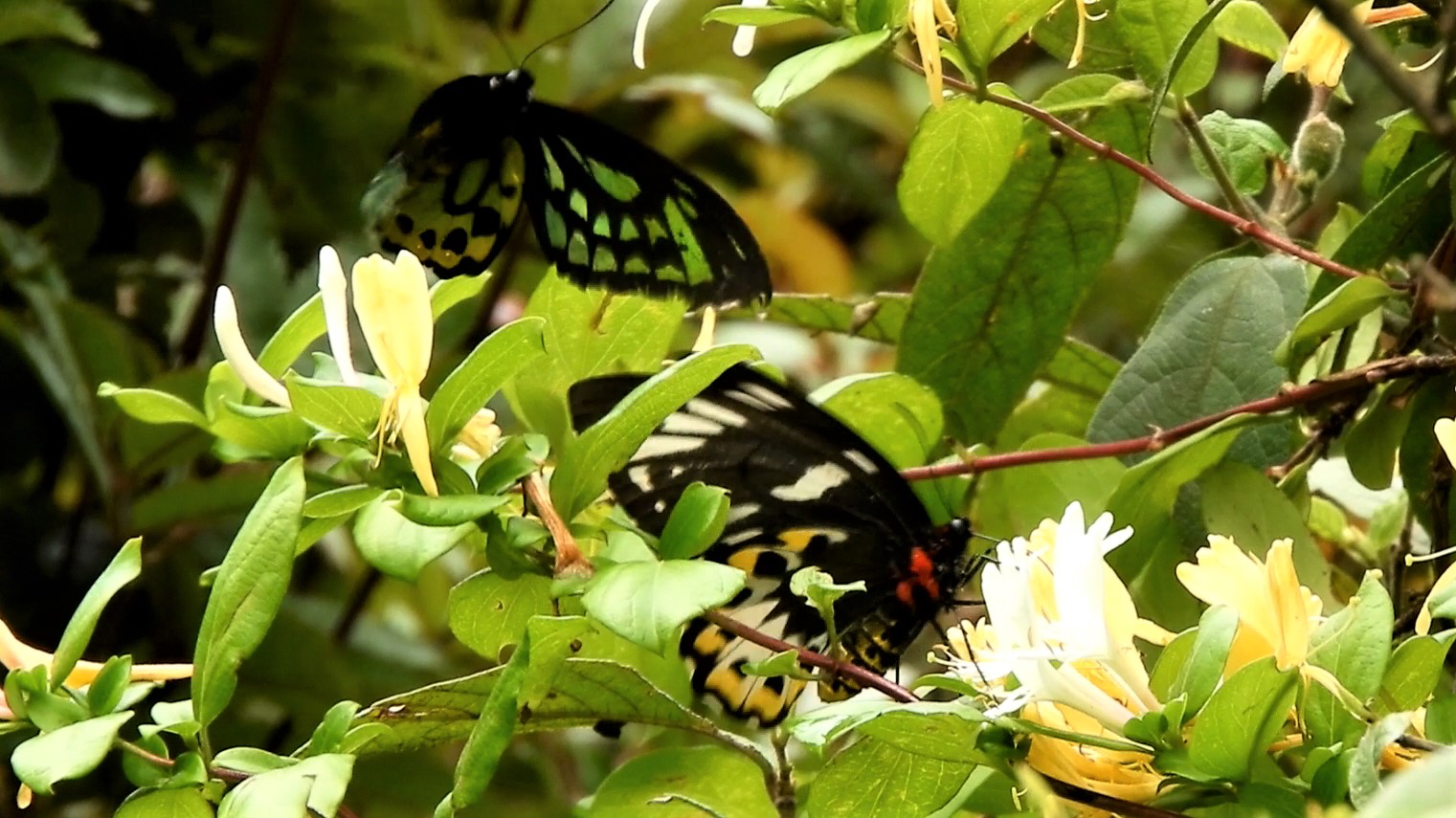 The female lays a single egg or cluster up to 3 eggs (approximately 2 mm in diameters and yellow or brown in colour) on the underside of the host vine leaves. The larvae are cannibalistic and usually only one individual survives on the host vine. Females are relatively sedentary (limited to 30 km) so fragmented sites can lead to inbreeding and unviable offspring.  Unfortunately, the female is also attracted to a weed species (Dutchman's Pipe) where the leaves are poisonous to the larvae.

The recovery program involves propagating and planting the host vine in the corridor areas, but also involves the clearance of Dutchman's Pipe, which is often grown in backyard gardens. It would be awesome if this stunning insect could be re-established in our local area and environs. A great example of an invertebrate icon species.