Fungi: The other "Matrix!"

Many of us may be unaware of a vast network of threadlike mycelia, which connect species, landscapes and ecosystems. This network of threads connects and interacts with organisms within the soil creating a living matrix, which underpins and supports our terrestrial ecosystems. These threads are the bodies of fungi and they range in size from microfungi (microscopic) to macrofungi, which intermittently produce fruiting bodies known as sporocaps (Qld Herbarium, 2021).

Often, especially after rain, we can see an emergence of these mycelial fruiting bodies also known as mushrooms/toadstools. However, they take on many forms and if you look at the video above you can see some examples of various sporocaps from South East Queensland. There are many species of fungus yet to be discovered and described, and across the globe its believed that there are 3 million species of fungi (and only 150,000 have been identified)!

At times, you can see fungi in our backyards, parks including sporting fields and reserves. Wet moist habitats including the sub-tropical rainforests of South East Queensland provide a mecca of opportunities for the visitor to observe a variety of fungi. 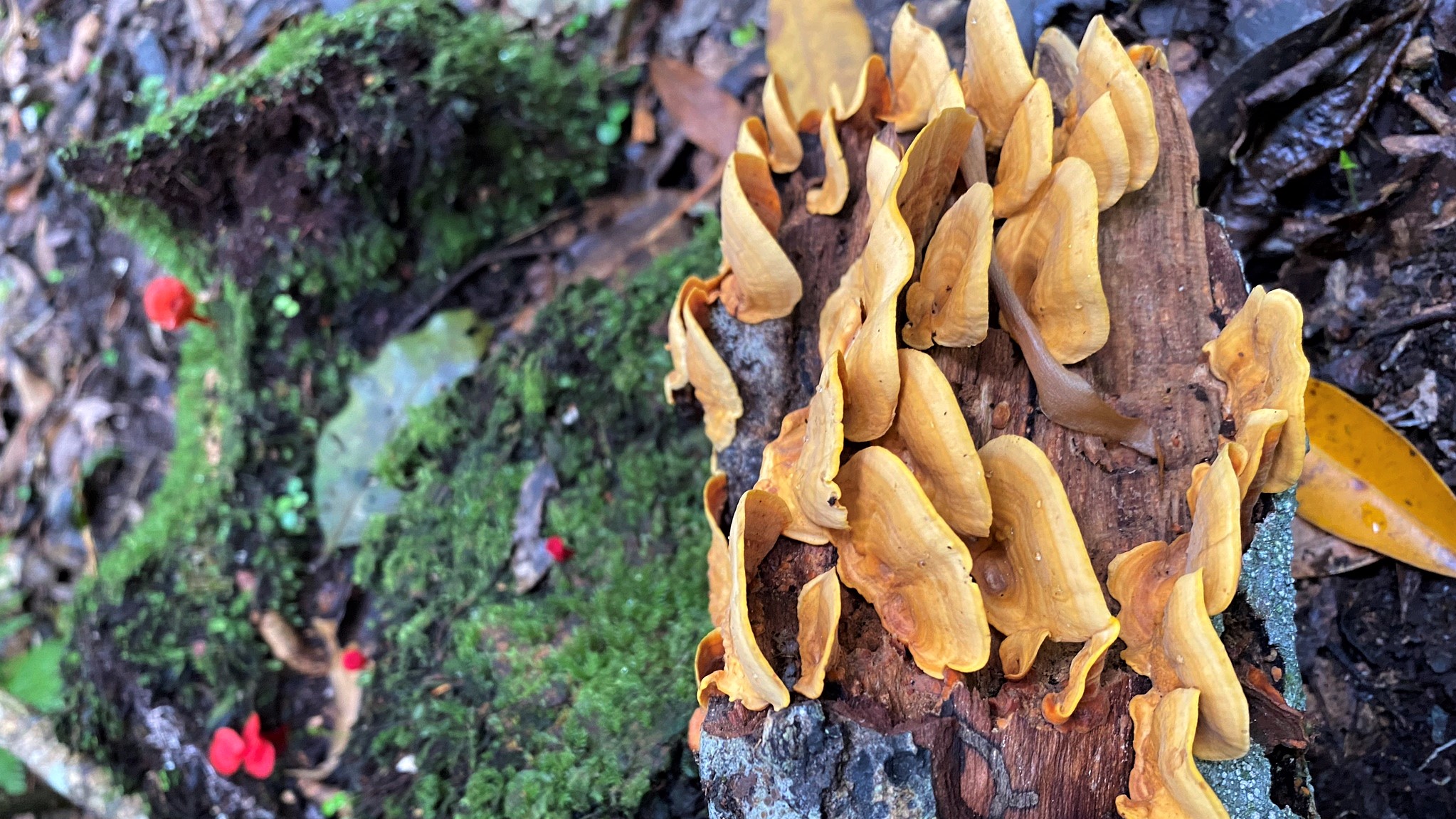 The rainforest with its moist conditions and presence of decaying timber provides an ideal habitat for fungi. 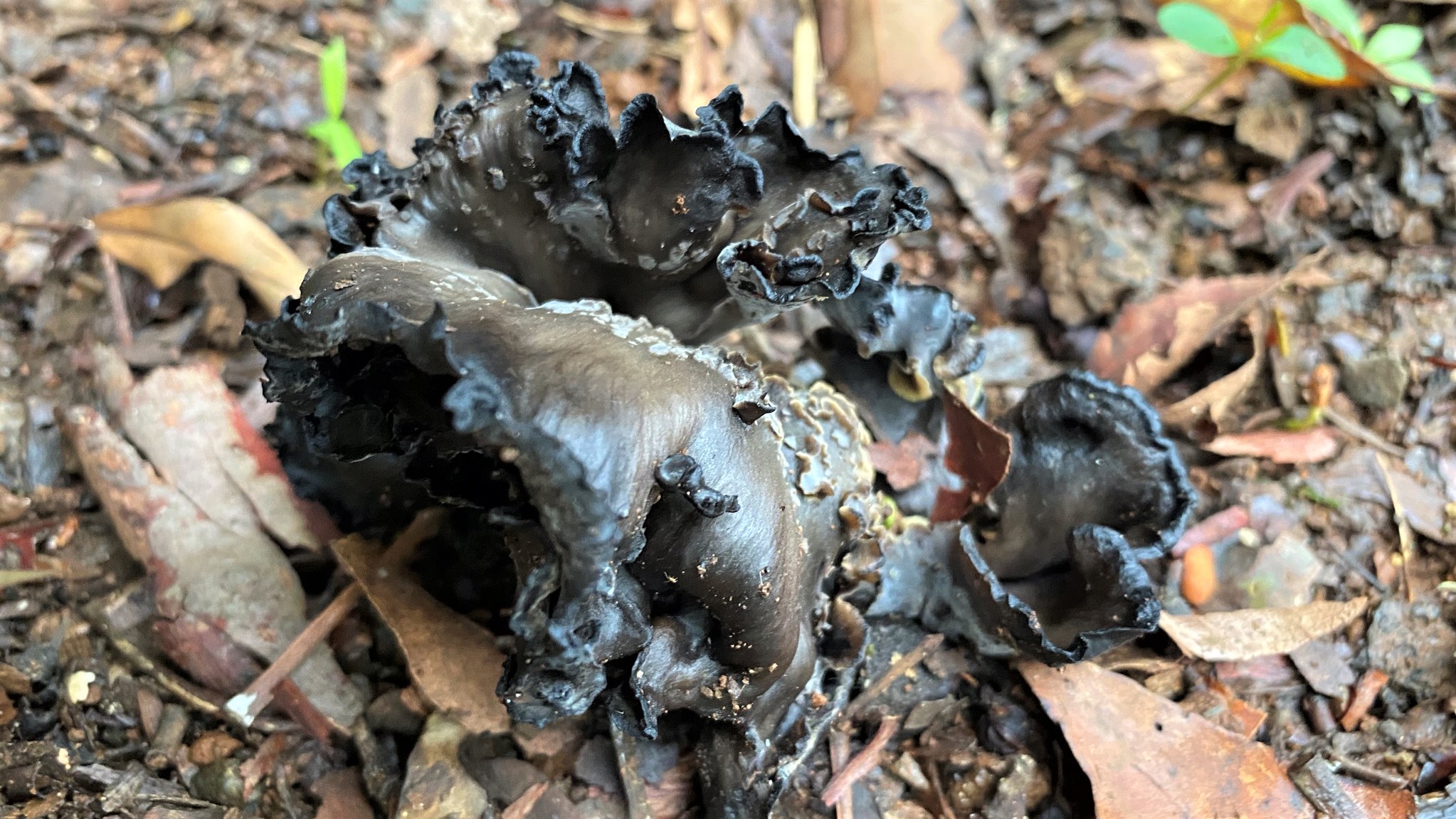 Fungi are not like plants and some bacteria, which can produce their own nutrition via photosynthesis. They have two basic ways of obtaining nourishment:

Organisms that obtain nutrition through decomposition are known as saprobes and include bacteria, invertebrates and the the majority of fungi. They can obtain nutrition from most organic matter and fungi have the capacity to degrade cellulose and lignin (two of the building blocks of vegetative matter including wood). So in this case, they also fulfil an important role in ecosystems as organic recyclers.

Fungi also interact with many other species through symbiosis and parasitism. One of the most important examples of these interactions occurs between fungi and plants and is known as the mycorrhiza. Here fungi and the cells associated with plant roots form a mutualistic relationship allowing the procurement of nutrition for both plants and fungi. The presence of these fungal networks facilitates the upload of water and nutrients to the plant. In return the fungi receive sugars from the plant's photosynthesis processes. This is a vital relationship, especially in the older and weathered soils typical of Australia. 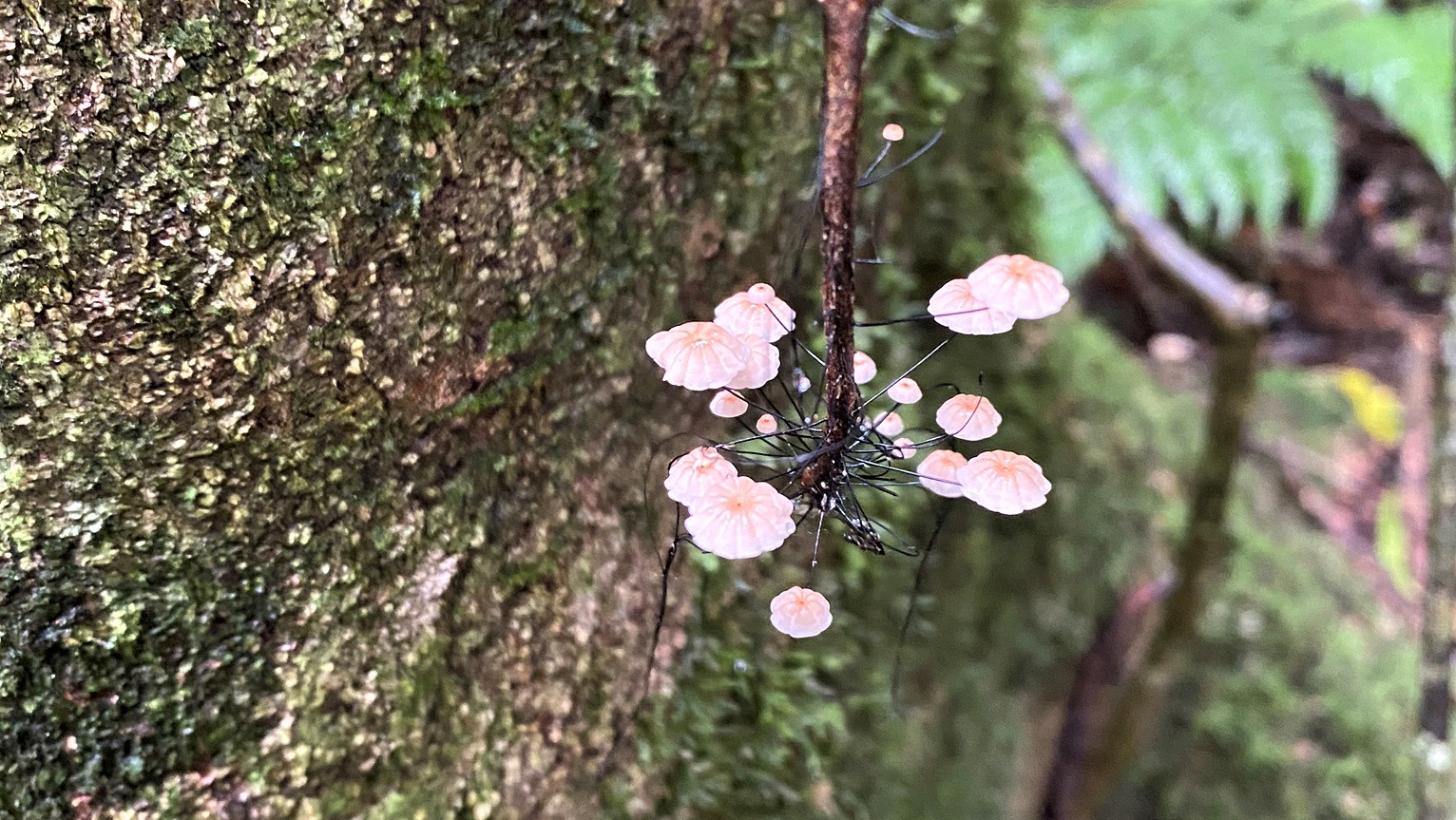 Another example of symbiosis can be found in lichen. This is a type of mutualistic relationship between a fungus and cyanobacteria. In this case, the cyanobacteria (green algae) is provided with shelter from desiccation and in return provides sugars from photosynthesis for the fungus. Some have considered the relationship to be more favourable for the fungus (a mode of controlled parasitism). Which ever relationship, lichen is a very successful relationship or partnership with many individuals living for 100's of years attached to rock and wood and providing soils and a source of nutrition for other organisms. 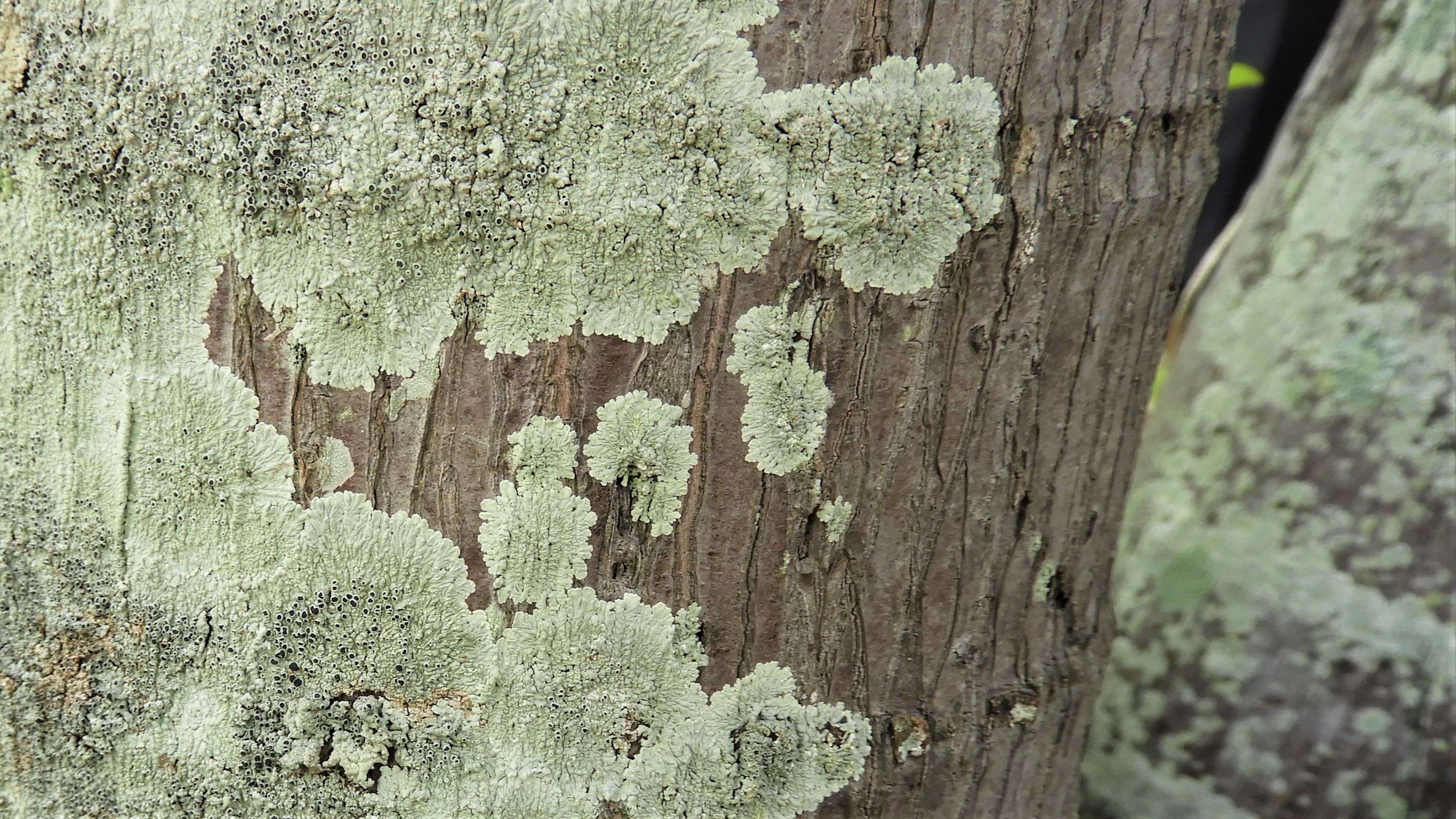 This article has briefly covered some basics around the amazing and diverse world of fungi. They play in an important role in maintaining terrestrial ecosystems including those associated with South East Queensland. For further information on fungi, please refer to the following links: