The intertidal flats of Moreton Bay

Along the sheltered shores of Moreton Bay, you will find a coastal ecosystem made up of a mosaic of saltmarsh, mangroves, seagrass and intertidal flats. Mangroves, saltmarsh and seagrasses are conspicuous by their vegetation and colour. On the other hand, the intertidal flats are devoid of vegetative structure, but don’t be fooled, they are a productive part of our bay.

On the landward or western side of the bay, the intertidal flats are characterised by soft mud (fine sediment) particularly where the wave action is low whereas sandflats, which contain coarse-grained sediments and are far more common on the islands of the eastern side of Moreton Bay. Depending on the landform and exposure to wave and currents you will often see local variations of sediment from fine mud areas to banks of sand flats. The soft sediment is loaded with invertebrates including molluscs, worms and crustaceans.

At low tide, if you look closely at the sediment, you can detect a coloured glow on the surface caused by the presence of cyanobacteria. Formerly known as blue green algae these microscopic plants, along with other forms of algae and organic detritus form the basis of the food web on the flats. Several benthic invertebrates feed on the algae and bacteria including gastropods such as whelks and snails, worms and crustaceans including specialised shrimp and crabs. Within the top layer of sediment, there are also meiofauna including amphipods and polychaetes which in turn are targeted by crustaceans including shrimp and crabs such as Fiddlers in the softer sediment and soldier crabs in the coarser-grained flats.

The cycle of the tides over the flats influences the behaviour of the inhabitants and windows of opportunity to feed are cyclical and limited in terms of duration.

As the tide rises and the flats become inundated, many species of invertebrates, burrow into the sediment to avoid predation from fish including whiting and bream as well as stingrays. On the other hand, many invertebrates feed during high tide. They are often filter feeders including species of bivalves and worms. 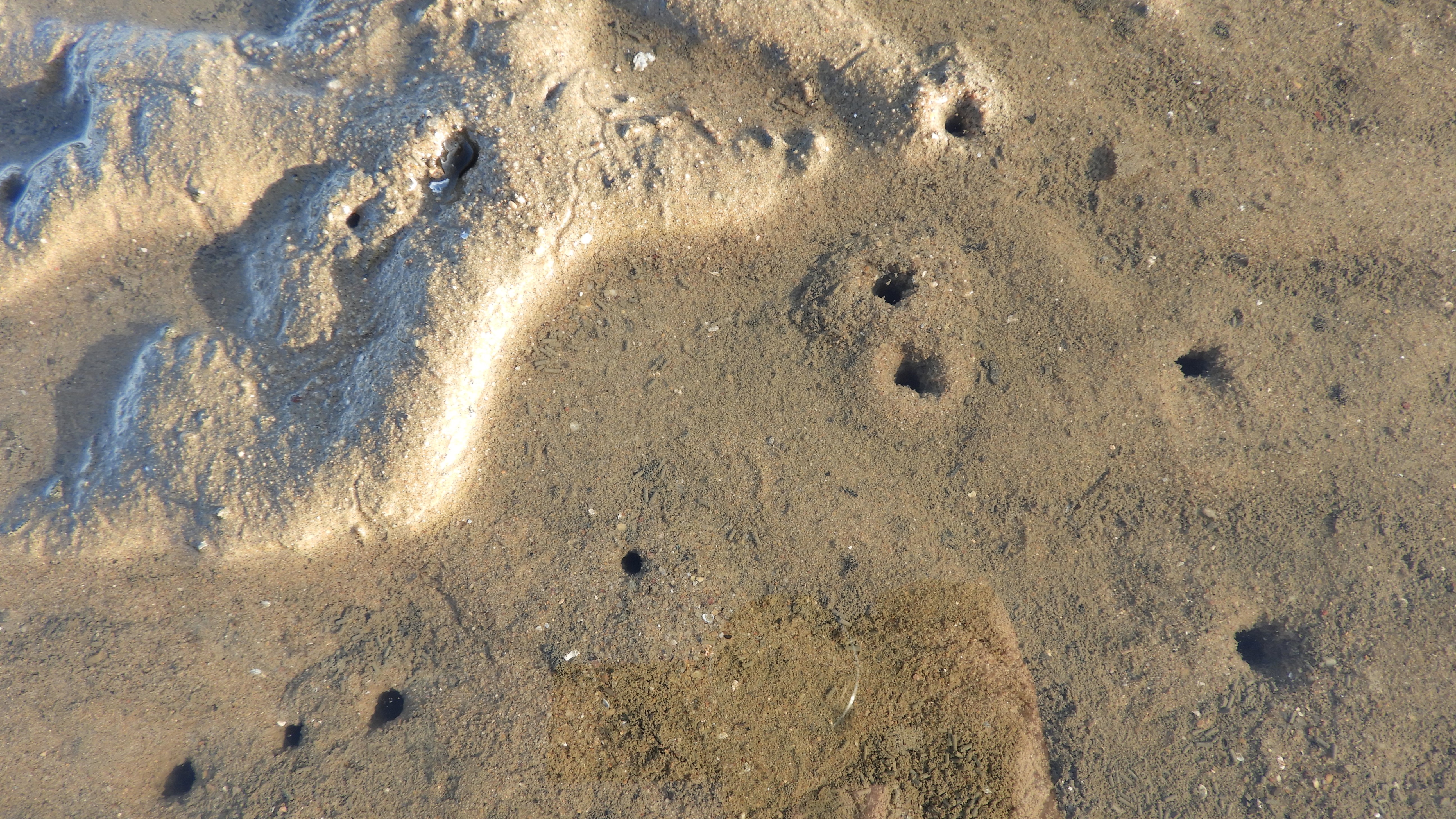 During low tide, many species of invertebrate burrow into the sediment to avoid predation

As the tide ebbs, other invertebrates appear on the surface of the flats. Feeding on detritus and cyanobacteria many make a difficult meal for potential predators due to their thick, hard shells. The receding tide also sees other invertebrates burrow deeply into the sediment to avoid predation from numerous wading birds who are specialised to extract them using their long beaks.

Although the tide has receded, there remain tidal pools, sometimes caused by stingrays as well as small channels which provide refuge and habitat for species of fish and crustacea.

Intertidal flats may appear barren however they are a rich and productive part of our coastal ecosystem. It’s no wonder so many waders from the Northern hemisphere appear each summer to take advantage of such a bounty. 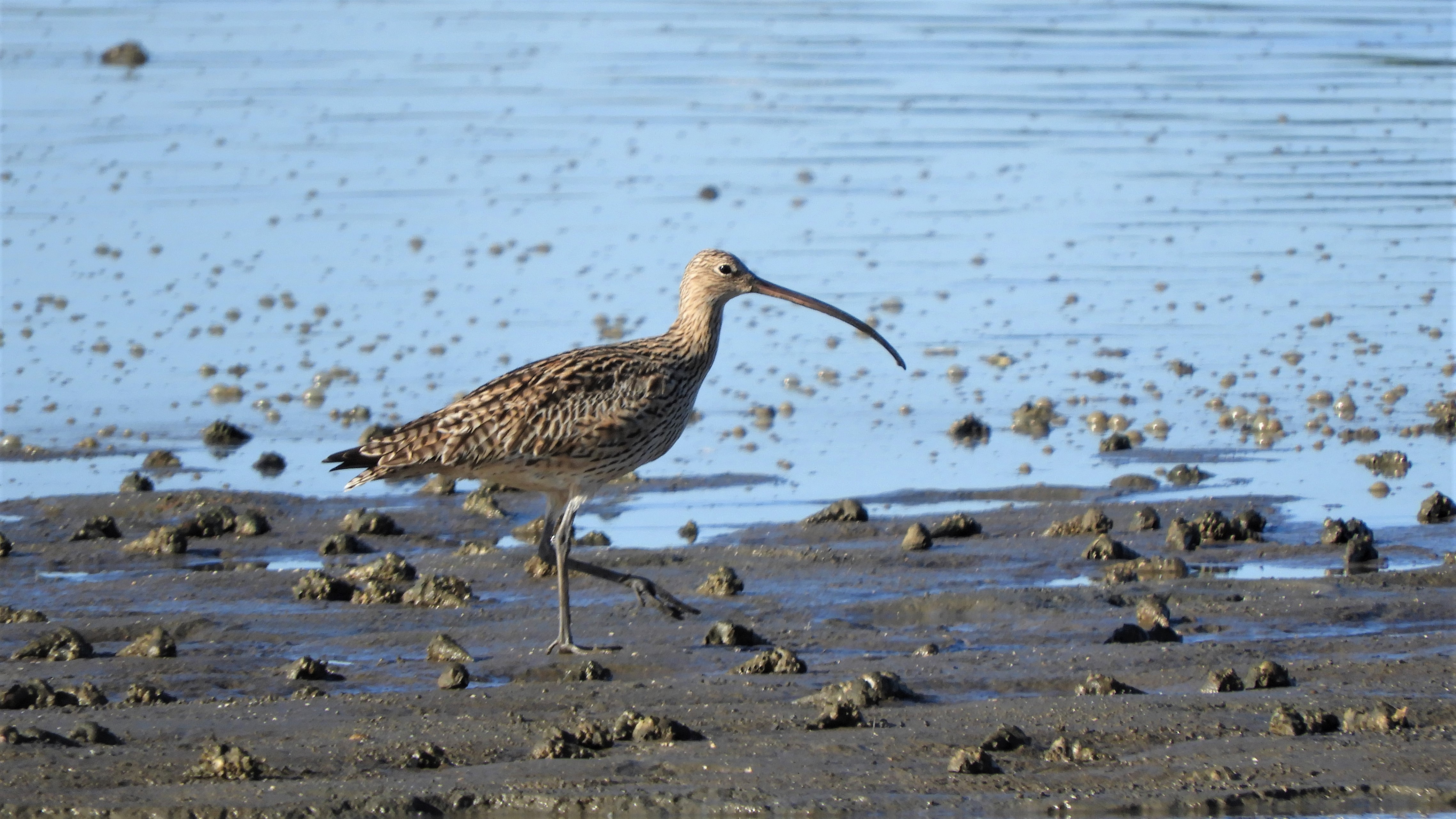